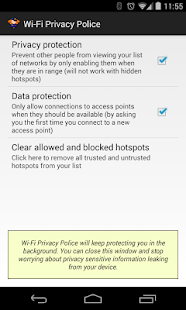 And if Coca-Cola and Pepsi were less caloric?
Due to high rates of obesity in the American continent, some leading brands in the beverage industry, including Coca-Cola and Pepsi want to reduce the calories of their products, advances the Direct Marketing. The same source ensures that this initiative is driven by the American Beverage Association, an organization that aims to reach 2025 with a lower calorie intake per person 20%. According to Yahoo, these brands of soft drinks now aim to educate their consumers, so will bet a new communication and packaging.

In Europe, meanwhile, the Samsung is the topic that generates buzz this morning. It seems that South Korean brand announced, according to the Direct Marketing, which will stop selling laptops in the European market. This is a new strategy of Samsung, which is intended to align demand with supply, and you want to bet on the growth of sales of tablets. According to the same site, the decision is only temporary and does not necessarily have to be reflected in other markets. To the same source assures, Sony and Toshiba also followed the same steps some time ago. The brand sold its first unit and the second portable Vaio announced that he was going to focus its work in selling computers to businesses, rather than developing home computers.

Even with regard to the technological area, Apple is also being highlighted by the press, but not for the best reasons. According to Mashable, the update iOS8 that the brand launched for the iPhone is full of bugs and was canceled. Several complaints from users were presented throughout the week and to the same site Vanca, all are confirmed.

On Portugal, there is one more airline to fill the newspapers besides TAP. According to the Observer, Easyjet wants to start selling tickets to Ponta Delgada, Azores, starting in October. The low cost company wants to start flying to the Island from March 2015 and ensures that the time begins to be scarce, advances the same source. The idea of Easyjet undergoes transpose the Azores what is already being done in Madeira, ranging from transporting passengers across Europe to Lisbon and you can avail affordable to visit the islands.

Since its dramatic appearance at the hyped Apple event Tuesday, Apple Watch has been the topic of countless articles. Its looks, technology, uses and features have been discussed, dissected, dissed and praised in equal measures.

And Kudos to Apple! As usual, they have launched a product that has immense potential. From Apple fanboys to fashionistas, the watch has got them talking.

What is fascinating about the Watch? Here is why people will love it.

The Watch, the look:

Any wearable, to be successful has to appeal aesthetically. And the Apple Watch has it pat down. Available in three different varieties ? Apple Watch, Apple Watch Sport, and the Apple Edition watch, each has features designed to appeal to the individual personality of the user. The Edition watches have a case crafted from 18-karat gold with a display that is protected by polished sapphire crystal. The Sport collection cases are made…

Big data is viewed as a medium by which companies can grow their business through the process of targeting the enhancement of productivity using analytics and wide database of information. Business data provides a wealth of information that can help companies do business with better competence in addressing the changing marketing trends within their respective marketing industry. When harnessed properly it can serve a significant purpose to help companies grow their business.

Business data analysis is currently viewed by internet marketing Atlanta as the future of digital marketing. In combination with the growing trends of mobile data utilization, both the big data and mobile data trends are considered to be intersecting across the online marketing portals. Both sources of data are viewed as powerful sources of driving businesses further towards better productivity and competence for a more responsive marketing strategy.

It’s Apple event time once again, starting at 10am PT Tuesday. Kevin and I will be covering the event live from the Flint Center for the Performing Arts at DeAnza College in Cupertino, just a few miles from Apple’s headquarters, and we invite you to hang out with us tomorrow.

This is probably going to be a big one: sure, there will be new iPhones, but the real interest is in Apple’s approach to wearable computing, which we’ll finally get a sense of with the demonstration of what we’re still going to call the iWatch for at least another day. [company]Apple[/company] is using the site of two very important events in company history — the original Macintosh launch in 1984 and the iMac launch in 1998 — for this event, and it’s even building some sort of multi-story structure on the campus as part of its preparation.